The R.D. Copeland LTD, 867 Fifth Ave., was purchased Holy Thursday of 1954. The present funeral facility has served families of Coraopolis and nearby communities for 75 years, first under the name of J.M. Armour (1929), Russell Troxell FH (1945) and R.D. Copeland Funeral Home (1954). Dick Copeland came to Troxell FH in 1948 serving as a licensed mortician and became owner in 1954. Mr. Copeland also owned an ambulance business and was instrumental in helping start Valley Ambulance Authority.

The Funeral Homes are members of the Selected Independent Funeral Home and Order of the Golden Rule – two organizations that admit members by invitation only. Also members of NFDA, PFDA, ACFDA and Airport Area Chamber of Commerce.

Seventy-five years of continuous operation at this same location has encompassed changes and growth and progress enjoyed by Coraopolis and surrounding areas. We pledge to continue the high ideals of funeral service for which the name of Copeland Funeral Home has been synonymous since 1954.

The present location at 867 Fifth Avenue was first a private home owned by J.S. McCormick, a local contractor. A Chapel was added by Mac Armour and a layout room by Russell Troxell. Both of these rooms were enlarged by Mr. Copeland. In addition, a lounge, selection room, arrangement office and stock room were added to the main building. Four private rooms serve the families where friends may call. Expansion of our parking area and updating of the garden occurred in 2003 with the purchase of the DeMasso Service Station Property. Our garden area with benches and fountain surrounded by nature provide for quiet reflection. 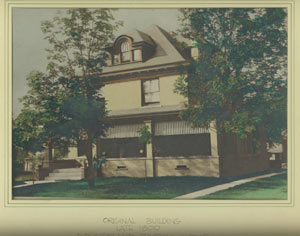 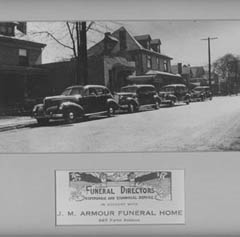 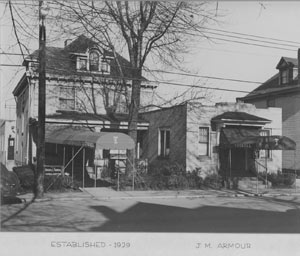 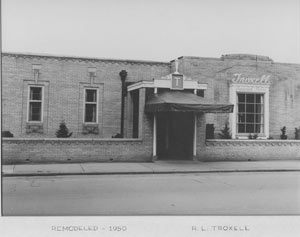 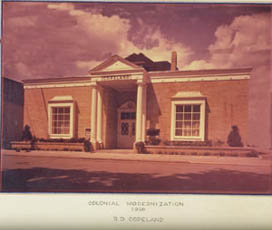 One hundred sixty-six years of continuous funeral service to the Village of Sewickley:

J.W. Marlatt and Sons, begun in 1839, is the original owner of the current funeral home now known as R.D. Copeland LTD- Irvine Chapel. Joseph Marlatt, a New Jersey cabinetmaker of French descent found his home in Sewickley in 1839. His trade of cabinet making encompassed the art of coffin construction on an at need basis. In 1848, as the need for coffins increased, Mr. Joseph Marlatt was presented the opportunity to buy Sewickley’s first school building (a log cabin built in 1818 and located on Division St. where Hoey’s Run crossed). That log cabin, he moved to Fife St. and became not a cabinet shop, but an undertaking establishment. Meanwhile, a new school was built on Crooked St. (now Broad and Centennial).

Also in 1839, Joseph’s son, James W. Marlatt was born. Raised in the family business, he worked at the funeral home and became a funeral director. Upon the death of his father, Joseph, in 1874, James took over as the owner and operator. In 1862, the old brick school building was purchased by James Marlatt and served as his funeral home and living quarters. This ex-school-undertaking parlor was torn down and a new and improved structure was erected on this same location of Broad and Centennial. Consequently, the new school was put at Broad and Thorn St. In 1893, James W. Marlatt died and was succeeded by his son, Walter Scott Marlatt, born in 1871.

For 61 years, J.W. Marlatt and Son was located at Broad and Centennial. Then, in 1923, J.W. Marlatt & Son was moved to its present location of Beaver and Logan. It inhabited the vacated Community Kitchen Building.

Walter Marlatt died at the age of 59 in 1930. He was well respected like his father and grandfather. He was considered a pillar of the commnity and was greatly mourned by his Village of Sewickley.

During the early 1950’s, William H. Neuman was hired and became supervisor. Upon the death of Mr. Irvine, his widow, Barbara obtained her widow’s license having Bill Neuman stay on as supervisor. In the early 1970’s, a gradual sale of the funeral home was begun to Bill Neuman. He owned and operated Dallas S. Irvine Funeral Home until his death on Sept. 7, 1992.

In May of 1998, an opportunity for purchase was presented to R.D. Copeland, a native of Sewickley. He had always wanted to own his own funeral home in the village of Sewickley. Mr. Copeland was born in Sewickley Hospital to the late R.D. Copeland Sr. and Goulding Taylor Copeland. He grew up at 625 Broad St. and graduated from Sewickley High School in 1939. Always industrious, he worked at Sloan’s Pharmacy during high school. Then in 1939, he was hired by J.S. Marlatt & Son Funeral Home to work while going to Pittsburgh Institute of Mortuary Science. He graduated from mortuary school in 1940. his apprenticeship was served at several different establishments- Irvine, Brandt and Ritchey Funeral Home. This was due to the break out of WWII and his service in the U.S. Navy. He became a licensed funeral director in 1946.

This is a brief overview of the Sewickley History. Factual information was obtained from Sewickley Valley Historical Society and Sewickley Library. We want to thank them for their time and willingness to share their invaluable collection of reference materials without which we could not have completed this much history. 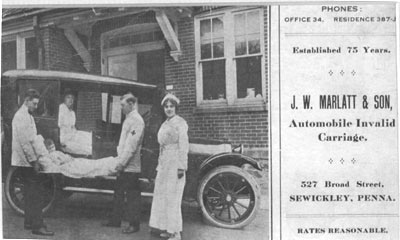 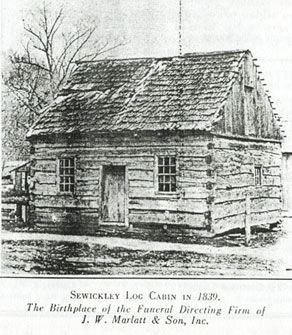 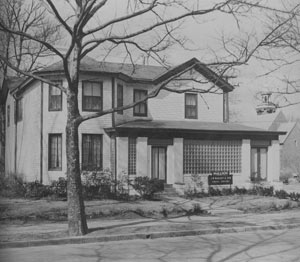 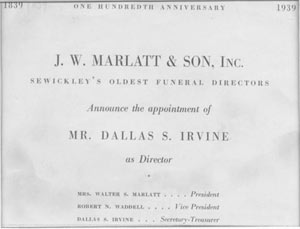 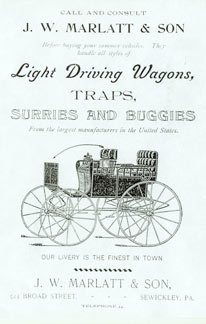 The R.D. Copeland Funeral Home, Inc., 981 Brodhead Rd., was established on March 20, 1969. The property on which the funeral home stands was formerly owned by William A. Shafer, architect of the plan known as Hillsboro Estates Plan. The building which houses the funeral home was built in 1897. V.B. Edwards, former president of Dravo Corp, lived in this home for many years.

Mr. Copeland bought his property on November 11, 1968 . He rearranged the rooms of the Edwards home to be used as a funeral home. A main front hall was added which allows entry to each of 3-4 visitation rooms. The basement was refinished to accommodate a lounge, an arrangement room and selection room. The grounds surrounding the home were leveled to create a parking lot. In 1987, a gazebo was built in the front yard to beautify the area and offer the families a place to reflect and rest. Our back porch with seating also provides our families with a natural setting for peace, quiet and homeliness for sharing memories. 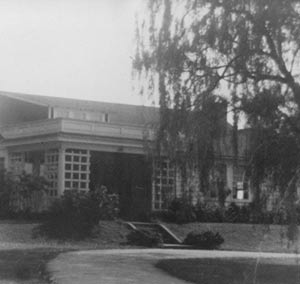 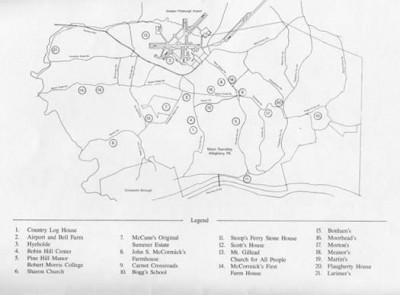