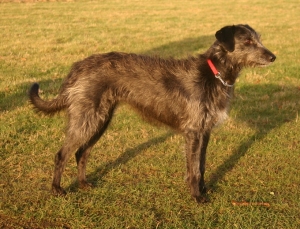 Richard Conrad Smith, 82, of Sewickley passed away on Wednesday, April 21, 2021.  Born in Sewickley Hospital February 28, 1939, the Smith family was originally from Coraopolis and moved to Sewickley when Richard was 11 years old.  He was educated in the Sewickley public school district and part of the 1st graduating class at Quaker Valley High School.  He served as a member of the US Army from 1963 to 1968.  Upon completing his military obligation, he furthered his education at Carnegie Tech in design and got his first commission at Kaufmanns Dept Store, downtown Pittsburgh.  In 1967, he opened his own design studio in Sewickley, Richard C. Smith Corp, where he had commissions in Europe and America. His designs can be seen at Allegheny Country Club, Sewickley History Center, Watson Institute, and Sewickley Academy and many homes in the surrounding area.  After studying Louie 15th in France, he did miniature portraits and needlepoint for miniature rooms for Ruth McChesney.  He was a member of the The Little Sewickley Creek Water Shed project, Historic preservationist for Woodville and Old Economy Village.  Some of his more outstanding accomplishments include A Lifetime of Excellence and Achievement in Interior Design and Decoration, Allied Board of Trade, Long time member of the Sewickley Hunt and Sewickley Man of the Year, May 5, 2005.

Richard leaves a historical legacy and his best friend and companion, Seamus.

A private committal service will be held at Sewickley Cemetery. Arrangements by Copeland’s. In lieu of flowers, donations, if desired, can be made to a charity of your choice.

To send flowers to the family or plant a tree in memory of Richard C. Smith, please visit our floral store.

You can still show your support by sending flowers directly to the family, or by planting a memorial tree in the memory of Richard C. Smith

Donations to the Charity of Your Choice