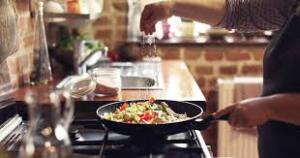 It is with great sadness that we announce the unexpected death of our beloved son, Paul, on Monday, April 11, 2022, at his home. He was only 34 years old. He was welcomed with loving arms into Heaven by his grandparents: David Stevens, Lester and Eleanor (Minor) Goldsmith; and his aunts: Shaun Knox, Stella Louise Johnson, Laura Singer-Goldsmith, and Betty Goldsmith. Paul was born in Pittsburgh on July 2, 1987. A beautiful bouncing baby boy with all of life ahead. Cherished son of Rev. Lisa Baldwin (Minister C.W. Baldwin) and Paul Lester Goldsmith, Sr. (Becca Ann Hassain); loving father of Carter Rather and Carter’s mother Samantha; brother of Paige Goldsmith, Rebecca Goldsmith, Isaiah Goldsmith, Jennifer Baldwin and Brian (Amelia) Baldwin; grandson of Paulette (Henderson) Stevens and Clara Otuyce-Baldwin; beloved nephew of Dwayne Knox (Dawn), Fred Knox (June), Derrick Knox (Denika), Veda Jackson, Sharon Goldsmith, Diane Ramsey (James), Gary Goldsmith; also survived by a host of nieces, nephews, cousins and many friends. Paul grew up in Coraopolis and attended Cornell School District, playing on the Championship basketball team. He was a member of the Coraopolis Youth Basketball, Coraopolis Youth Drill Team, and the Youth Asseigie Corporals (a new extension of the original Asseigie Corporals) begun and organized by his parents in 1998. He transferred from Cornell High School and graduated in 2006 from Moon Area High School. He went on to attend CCAC where he also played basketball. Paul was a talented cook, specialty of Buffalo Chicken Mac and Cheese, and had worked for Bigham Restaurant in Mt. Washington and most recently had worked for Applebee’s. Paul’s passion though, was composing music and writing lyrics. He had just signed on with Sony for several of his published Rap CD’s. Please join his family and we celebrate this young man’s life, gone too soon, with visitation Friday 2-4, 6-8 at Copeland’s Coraopolis, 867 fifth Ave. where service will be held on Saturday at 1 PM. Rev. Lisa Baldwin will officiate.

To send flowers to the family or plant a tree in memory of Paul Lester Goldsmith, Jr., please visit our floral store.

Video is available for this event