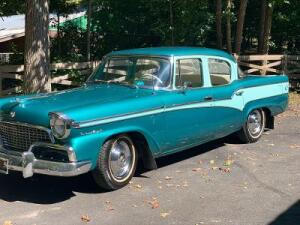 Patrick J. Musta, 91, of Moon Township, passed away peacefully on Tuesday, January 4, 2022, at UPMC Presbyterian Hospital surrounded by his family. Born on March 17, 1930, in North Braddock, PA, he was one of three children born to the late Russell and Marie (Klohs) Musta. In addition to his parents, he was preceded in death by his siblings Russell Musta and Romanza Krawchyk. Patrick grew up in Coraopolis and graduated from Coraopolis High School in 1949 where he excelled in football and participated in the Jaycee Dapper Dan All-Star Football Game. He married his high school sweetheart, Elinor Iacobucci, and for the next 71 years they enjoyed every phase of their life together.  Patrick is also survived by his three loving children Patrick (Carol) Musta, Jr., Cynde (Preston) Grubbs, and Beth Ann (Dr. Michael) Mohr; nine cherished grandchildren, Patrick III (Susan), Mark (Cassie), Bennett (Caitlin), Scott, Harrison (Kristina), Ashley (Matthew), Lia, Erika, and Kurt; and so proud of their seven great-grandchildren, Miles, Mabel, Nova, Matthew, Aubrey, Alaina, and Remington. Patrick was a member of St. Joseph Church. He was also a member of the Studebaker Driver’s Club, being a proud owner of a 1951 Studebaker Pick-up Truck, a 1956 President and 1954 Commander, two door sedan. He drove them in the Canonsburg Parade and had the grandchildren throw candy to the site-seers. As an avid golfer, he was a participant in several golf leagues, and a member of Deer Trails Country Club. Hard working and loyal, he began his career at USS Chemicals in 1950 and retired as foreman in 1991. Patrick had a wonderful sense of humor, enjoyed life and was just fun to be around. Visitation Sunday (Jan. 9) 5-8 PM at Copeland’s Moon Township, 981 Brodhead Rd. where prayers will be recited on Monday (Jan. 10) at 9:15 AM followed by Mass at 10 AM at Most Sacred Heart of Jesus, St. Joseph Parish. Burial will follow in St. Joseph Cemetery. Family suggests, in lieu of flowers, donations may be made in his name to the Felician Sisters in North America (https://www.feliciansistersna.org/giving/).

To send flowers to the family or plant a tree in memory of Patrick J. Musta, Sr., please visit our floral store.