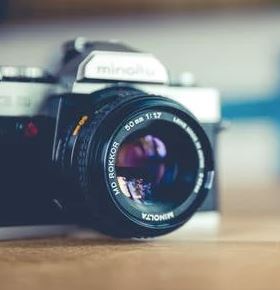 John Gowans, Jr., 78, of Leetsdale, passed peacefully on Thursday morning, June 4, 2020, in the comfort of his home. He was born in Pittsburgh on November 2, 1941, one of two sons to the late John and Marie (Erler) Gowans.  In John’s early years, he did auto body work, owned his own construction company, and drove tractor trailer. In 1986, John was hired by General Nutrition Centers as a driver delivering to GNC stores across the country. He received the One Million Mile Safety Award.  He enjoyed seeing the different parts of the country and made lasting friendships at the stores he delivered. John met his wife, Diane, in 1995 who was also working at General Nutrition Center in the office.  John’s favorite hobby was cooking at hunting camps in Yellowstone for a number of years. A member of the Safari Club, he liked to hunt in Wyoming and also with his friends in Nineveh, PA. He was an amateur photographer who enjoyed taking pictures of his many travels. In 2003, he retired due to health reasons, joined the Sewickley YMCA, and attended many classes. He also became an active volunteer at the YMCA and was recipient of the Volunteer of the Year Award. John felt blessed to have met and married Diane, to have a wonderful relationship with her children and to know the joys of grandchildren. He enjoyed everything about and with his family. The highlight of his days was spent with his grandchildren. Beloved husband for 22 years to Diane (Sickeler) Gowans; loving father of John R. Gowans (Amanda) of Ellicott, MD, Darlene Maglet (Randy) of Charleroi, PA, Jim McFadden (Tiffany) of Sewickley and Lindsay Egler (Brad) of Moon Township; cherished grandfather of Jonathan, Jason, Morgan, Joshua, Caleb and Brayden; brother of the late Jerry Gowans (surviving spouse Pam). This kind, gentle, Christian man, who was loved so much, will be deeply missed. Memorial Visitation Monday, June 8, 2020 from 12-2:30 PM at Copeland’s Sewickley, 702 Beaver St. In lieu of flowers, family suggests donations in his name to Northway Christian Community-Missions, 12121 Perry Highway, Wexford, PA 15090.

To send flowers to the family or plant a tree in memory of John Gowans Jr., please visit our floral store.