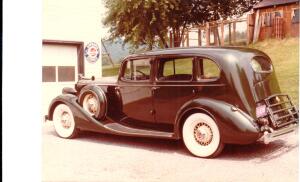 George “Geo” R. Pessy, 79, a life-long resident of Coraopolis, well-loved husband, father, grandfather, and principal, passed away peacefully on Thursday, June 11, 2020 at Allegheny General Hospital. He was born in Sewickley on February 16, 1941. Beloved husband for 47 years to Joan “Pinky” (Lesovitch) Pessy; loving father of Dan (Heather) and Mike (Stacy); Pappap to Mia and Gianna. Geo was a 1959 graduate of Coraopolis High School and received his bachelor’s and master’s in education from Slippery Rock State University. He obtained his second master’s and certification in Administration from Duquesne University. His teaching career began in the North Hills Elementary School until his move to Coraopolis Junior High School where he was the Remedial Reading specialist. Later, he became the principal of Cornell Elementary School. Geo was an avid cook and spoiled his family with delicacies. He was a colorful Raconteur, had a dry wit and was like a traveling storyteller. His granddaughters were the light of his life and he adored his wife, sons and daughter-in-law. He will be greatly missed. Visitation Sunday 2-8 PM at Copeland’s Coraopolis, 867 Fifth Ave. where prayers will be recited on Monday at 9:30 AM followed by Mass at St. Joseph Church at 10 AM. In lieu of flowers, family suggests donations in his name to the American Cancer Society. Geo will be laid to rest at St. Joseph Cemetery next to his mother Elizabeth (Devenzio) Pessy and his infant son David whom he loved dearly. The family wishes to extend a special thanks to DaVita Dialysis and Allegheny Health Network for their kind and compassionate care during his courageous battle with kidney disease.

To send flowers to the family or plant a tree in memory of George R. Pessy, please visit our floral store.

Little Sisters of the Poor