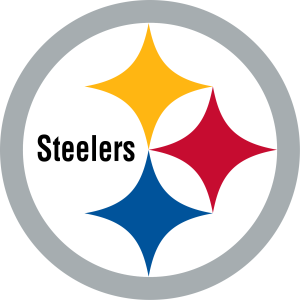 George Jack Pantzis, 83, a Moon Township resident since 1960, passed away peacefully on Thursday, June 17, 2021, at Concordia Villa St. Joseph surrounded by his loving family. George was born in Sewickley on November 14, 1937, to the late George and Emma Pantzis. George married the love of his life on Feb. 11, 1961, Mary Jane (Merriman) Pantzis, who survives him. They have two wonderful sons Ron (Karen) Pantzis of Tampa, FL and Greg (Angie) Pantzis of Cleveland, TX; and his ever expanding family with 5 well-loved grandchildren Ashley Pantzis, Derek Pantzis, Cassie (Brad) Espinosa, Lexi (Michael) Turner and Trace (Annie) Pantzis; his devoted sisters and brothers: Harvey (Pam) of California; Tina (Larry) France of Florida, Chris (Maria) Pantzis of North Carolina, Carol (Jim) Straka of Crescent, PA and Debbie Pantzis of Monaca. In addition to his parents, he was preceded in death by sister: Ellen Porto. George was a faithful man and member of St. Margaret Mary Church. George was a diligent worker all his life, working for two railroads and retiring after 33 years from United Airlines in Cabin Service. He loved to golf with friends, play cards and watch sports. He was an avid fan of the Steelers, Pirates, and the Pen (in that order!) He never sat still too long. He and Mary Jane were always in their meticulously manicured yard and checking on properties, very organized and detailed oriented. You would never see one without the other, if he were raking leaves, she was picking them up and bagging them, if they were enjoying lunch, they would be on their porch together and on summer evenings he would grill, and they would share their meal together. George was the life of the party, always up for a joke and a dance! George was a 1955 graduate of Coraopolis High School and served 8 years in the U.S. Navy Reserves. He will be greatly missed by family, friends, and neighbors. A Memorial Mass will be held later. Arrangements by Copeland’s. The Pantzis Family wishes to thank Good Samaritan Hospice for their support and tender care. In lieu of flowers, family suggests donations if desired to the American Cancer Society.

To send flowers to the family or plant a tree in memory of George Jack Pantzis, please visit our floral store.