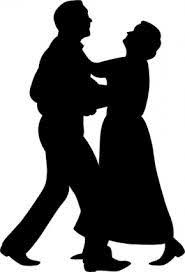 Esther Anglemyer, daughter of Francesco Dantini and Concetta Pompeo passed away November 2nd, 2021 due to natural causes. Esther was born in McKees Rocks but spent most of her life living in Coraopolis, Hopewell and Towson, Maryland. She was 97 years old.  Esther was a homemaker and caregiver most of her life.   She had two sisters and two brothers named Angeline (deceased), Annie (deceased), Dan (deceased) and Frank (deceased). Esther was married to Robert (Bob) Anglemyer (deceased) for 61 years.  They were known as the “Love Birds” and could be found out dancing most Saturday nights with their close circle of great friends.  Esther is survived by: her deceased son’s (Regis) spouse Linda and their children Erica and spouse Frank Acevedo and Steve and his spouse Veronica and their two children Brayden and Vanessa; son Gary and his spouse Kathy and their children Ryan and Brianna and her spouse Garrett Graham; and son Kevin and his former spouse Donna and their children Emily, Brandon and Natalie. Esther was a loving spouse, mother, aunt, grandmother and great grandmother.  She was an extremely kind women with a huge heart.  She will be deeply missed.  Friends and family will be received at a Grave Side Commitment Service on November 9th, 2021 at 11:00 at Resurrection Cemetery in Moon Township. Donations may be made in memory of Esther to Stella Maris, 2300 Dulaney Valley Road, Timonium, Maryland 21093 Attn: Development Office.

To send flowers to the family or plant a tree in memory of Esther (Dantini) Anglemyer, please visit our floral store.