Plant a tree in memory of Elizabeth
An environmentally-friendly option 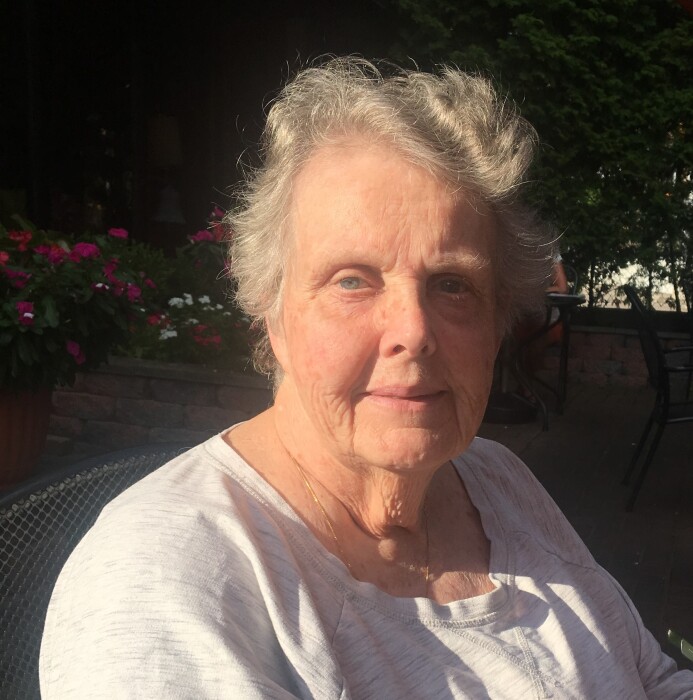 Elizabeth Virginia Porter Zarabi was born August 13, 1943 in Philadelphia, Pennsylvania and died April 5, 2021 in Pittsburgh, Pennsylvania.   She was the daughter of James Vincent Porter and Mary Jane Shaw Porter.

Elizabeth met her husband while she was working as a student nurse in Hahnemann hospital in Philadelphia, Pennsylvania, and he was working as a radiologist.  She achieved her Bachelor of Nursing in Pittsburgh.  She married in 1965 and moved to Shiraz, Iran where their sons were born.  Ever adventurous, Elizabeth became fluent in Farsi and an expert in the art of Persian cooking.   She made many strong friendships in Shiraz, particularly among the families of other physicians there.  Elizabeth and her family returned to the United States permanently in 1980, eventually settling in Mt. Lebanon.

Elizabeth was a faithful member of Mt. Lebanon United Lutheran Church, partnering in ministry and service there with Pastor Pederson for many years.  She sang in the choir, volunteered in the church office, served on various committees and the altar guild.  Elizabeth assumed the responsibility of site manager for a significant renovation project for the church sanctuary called “Stir into Flame.”  She was also involved in the church’s purchase of a Fratelli Ruffati pipe organ, including a visit to the Ruffati factory in Padua during church group tour in Italy.

Elizabeth also belonged to the Order of the Eastern Star, Chartiers Chapter, No. 97 of Canonsburg and was elected to the position of Worthy Matron.

Later in life, Elizabeth resided in several cities to be near beloved family members including Chicago, Illinois; Asheville, North Carolina; Nashville, Tennessee; and Hoschton, Georgia.  She devoted much time to caring for her four beloved grandsons Josh, Alex, James, and Jonathan.  In 2016, she returned to Pittsburgh to be near son Ali and his family and she re-established her relationship with Mt. Lebanon United Lutheran Church, which continued to be a source of strength and comfort to her.  She also loved history and loved to read.

Elizabeth was a caring and loving daughter, sister, mother, grandmother, and friend; an excellent nurse; and a devoted church member.  She taught her family how to love.  We are grateful to have had her in our lives, and we will miss her dearly.

A service will be held at a later time.  Memorial contributions may be made to Mt. Lebanon United Lutheran Church.

Plant a tree in memory of Elizabeth by clicking here.
To send flowers to Elizabeth's family, please visit our floral store.

A service summary is not available

Plant a tree in memory of Elizabeth
An environmentally-friendly option

Plant a tree in memory of Elizabeth

1 tree planted in memory of Elizabeth

Fond memories of singing in the choir with Liz and our trip to Italy in 2001. My condolences to Robert and Ali and their families.
Cindy Brown

A Memorial Tree was planted for Elizabeth V. Zarabi

Plant a tree in memory of Elizabeth