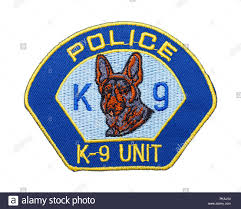 It is with profound sadness we relate the passing of Dale William Kaufer on October 21, 2021. He was born in Sewickley Hospital but grew up in West Alexander. He spent most of his adult life in Coraopolis/Moon Twp. PA He is survived by his loving and devoted daughter Sandra, her mother, and his loving former wife Vittorina Giammarco and his companion Ruth Dorsey and dear friend Evelyn Moses. Also, his sisters Karen, Laurie and Bonnie and numerous nephew and nieces. He is predeceased by his mother Ethel, and his partner in crime Alex Moses who was like a father to him, and his second wife Susan Alker, his brother George, and his sister Delberta.

After high school graduation he proudly served in the US Army and was stationed in Germany. Upon his honorable discharge as a Sargent, he came back to Coraopolis. He married, had a daughter, and then chose to peruse his life of service by attending the AlleghenyCounty Police Academy. Upon graduation he was employed by the Allegheny County Police in 1972 at the Pittsburgh International Airport. He loved his job! He had the honor to work with multiple local police forces. He was a skilled marksman and was a firearms instructor at the range. He rose to his most beloved position with the K-9 unit and EOD Bomb Squad Unit. Wherever Dale was, his faithful bomb sniffing dog: Shiloh, then Morgan, were sure to follow. He retired from the county as a Sargent after 23 years of service.

He was always the first person to take charge of a dangerous situation. When there was a hijacked plane with a bomb threat he went onto that plane and thwarted the attempt. He rushed into areas where planes crashed, recovered bodies, and said it was just

Part of his job. He had the honor of escorting actors, Presidents and Kings. He acted like it was just an ordinary day

He was a member of the FOP Lodge91,

His love of animals was shown at home and in training the k-9 dogs.

He was a hard worker. He also worked part time for USAirways on the ramp. It gave him the opportunity to travel, especially to Phoenix, Hawaii, and any beach. He loved to play cards on his lunch break with the guys.

He loved trains, reading, John Deere, sports and showing off his handy man skills. He was a man ahead of his time; he did not care about race, gender- he treated everyone equally. He was a true patriot in every sense of the word. He was an exceptional officer, a great friend and neighbor.

He was loved by so many who will grieve and celebrate his life. No one will miss him more than his daughter, who will miss her Poppy forever. May God and the Angels lead him into paradise.

Visitation Sunday 2-8 PM at Copeland’s Moon Township, 981 Brodhead Rd. where Blessing Service will be held at 5 PM. Celebrant will be Father Robert Seeman. Additional fraternal services will be held also on Sunday: VFW Post 402 at 5:30 PM and Police FOP Lodge 91 at 6 PM. On Monday, prayers will be offered at 9:15 AM at the funeral home with procession leaving by 9:45 AM to the National Cemetery of the Alleghenies for 10:30 AM committal and full military honors. Dale will be honored at all services with bagpipes offered by his fellow Police Officer and friend, Bill Zeglowitsch.

In lieu of flowers, family suggests donations in his name to St. Jude's Children's Research Hospital.

To send flowers to the family or plant a tree in memory of Dale William Kaufer, please visit our floral store.