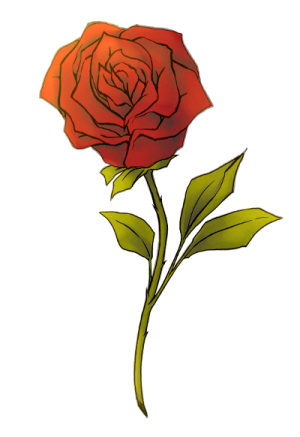 Cerelina Cuison Lucero, who was a cherished and respected hero to her family and friends, passed away peacefully in her Sewickley home with her husband and family by her side on March 18, 2021.

Cerelina was born on June 27, 1936 in Mangaldan in the Philippine province of Pangasinan. She was the middle sibling with three sisters and three brothers. Cerelina was always dedicated to her studies—she attended Mangaldan High School, where she graduated in 1953 after three years. Later that year, she attended the Mapua Institute of Technology in Manila, where she met her husband, Prudencio Lardizabal Lucero. Both Cerelina and Prudencio graduated with Bachelor of Science degrees in Civil Engineering in 1957. Although Cerelina thought she would never see Prudencio again after college, they were reunited while working as engineers at the Bureau of Public Works in Manila. Cerelina and Prudencio married on December 23, 1959 and continued to work in Manila while starting their family. They had four children by the time Prudencio accepted a job in Ghana, West Africa in 1965. When the family moved to Africa, Cerelina chose not to work and dedicated herself to raising her children. After three years, Cerelina and her family immigrated to the United States in 1968 to pursue a better life for their family, living first in Jackson, MS, then Beaver, PA, and settling in Sewickley, PA in 1972.

When her children were old enough to attend school, Cerelina returned to work as an engineer at the Pennsylvania Department of Environmental Resources in Pittsburgh, PA. While she was working and raising her children, she also attended graduate school at the University of Pittsburgh, earning a Master’s Degree in Civil Engineering in 1973. During her career, Cerelina was the treasurer of the American Association of Military Engineers in Pittsburgh. She was also elected treasurer and then president of the Filipino-American Association of Pittsburgh. Cerelina would go on to work as an environmental engineer for the U.S. Army Corps of Engineers for Pittsburgh until she retired at age 63. While she worked hard as an engineer, a mother, and a student, Cerelina also loved to garden (roses were her favorite), play piano, and travel with Prudencio. During their 20-year retirement, the couple traveled to every continent on Earth besides Antarctica—from Christchurch, New Zealand, to Singapore; St. Petersburg, Russia, to London, England; Sydney, Australia, to Rio de Janeiro, Brazil; Beijing to New York City, and many more in between. When she was not traveling the world, she also loved visiting and bonding with her ten beloved grandchildren. Cerelina and Prudencio were dedicated to ensuring their children and grandchildren all received higher education, and they showed kindness and generosity through support of their extended family.

To her children, she was Mom, who taught them how to cook traditional Filipino cuisine, as well as to appreciate good food in general. The family was obsessed with food, especially seafood and lechon (roast pig, which is a traditional celebratory meal)! Cerelina loved to go shopping with her daughters. As an engineer who was able to balance her profession with her home life, she served as an amazing role model for her children. She inspired them to pursue subjects they loved to study, and she taught them to be generous and kind.

To her grandchildren, she was Grandma, who spoiled them with home-cooked Filipino meals, like lumpia and chicken adobo, and helped them learn with books and world videos rented from the library. She laughed with them as they sang Phantom of the Opera on her home karaoke machine, and she loved singing songs from Beauty and the Beast. When they watched movies together, during a dramatic scene she would ask, “psst, is that the bad guy?” At every meal, she lovingly commanded, “drink your milk,” and they were always lucky to find chocolate TruMoo in the fridge. With a wink and a laugh, she would threaten to cut the boys’ hair when they let it grow long. And at night, when her grandchildren stayed awake chatting and playing long after bedtime, she would crack open the bedroom door just a sliver and peer in with only one eye showing through, which was inadvertently comical yet intimidating enough to send them flying under the covers. During family gatherings, one of her most charming habits was to pull aside a grandchild (usually one of the younger ones) and not-so-discreetly slip $50 into their hands, saying “don’t tell your mommy.” This was truly a testament to her giving heart and her wish for her grandchildren’s success. They will miss her special sniff kisses and will always hold her dear in their hearts.

To send sympathy gifts to the family or plant a tree in memory of Cerelina Cuison Lucero, please visit our tribute store.